Flash fiction is up! It is not part of the medieval series, mostly because I can’t figure out who the bad guy is and I probably should know that soon 😛

The cottage was smaller than he had expected, a small stone structure separated from the road by a stone fence. Outside the house, in front of some greenery, a woman was kneeling, her hands buried in the dirt.

Jason stepped up to the gate, and hesitated before calling out. “Mrs. Morgan?”

The woman turned, chestnut hair slipping from its pins. She frowned at him for a moment, her eyes shadowed as she must have taken in the stiff redcoat he wore. She rose to her feet.

He reached into his satchel and drew out a stack of letters. “I believe these belong to you.”

She stepped towards him then, her face ashen. “What are those?” she managed. “Who…who are you?”

“Captain Jason Morgan,” he told her after a long moment. “You’ve…the letters you’ve been sending…”

“Oh.” Her eyes met his, and for a moment—he thought she would crumple to the ground. She swayed, but then she swallowed hard. “You…have my letters.”

“I—” And he faltered, because he had no excuse for reading them. After the first letter, when he had opened it to discover a woman writing to someone who was not him—he should have put them down. Written her back. Stopped them.

“I read that first letter,” he said finally. “And I thought it might…you had already told people…you were writing the letters to…” He dipped his head for a moment. “I thought telling you might create more problems than you needed.”

“Oh.” She didn’t reach for the stack of letters. “You read them all.”

“Because I thought…” That someone should be listening to her. Not planning her life. “I’m sorry. I—”

“So for…five years, you read every letter I sent to you.”

Her cheeks flushed and she looked away. “So you know.”

“My father thought…he wanted me to write for a while, and then…” Her throat squeezed.

“And then have me killed in battle so you could get married as a respectable widow,” Jason answered. He swallowed his next question—he had wanted to ask why she wouldn’t do it. Even with the war over, with Napoleon safely in exile and soldiers streaming home, she still hadn’t. “I wanted to return these to you on my way home.”

Elizabeth blinked then, the color draining from her cheeks again. “Did you—did you go into the town? Did anyone see you? Did you give your name—”

But the door to the cottage opened then, and a small boy came out, his cheeks flushed and eyes bleary from sleep. “Mama?”

“Cameron.” Elizabeth turned to him.

Cameron, the son Elizabeth had protected all these years. She had written of him, and Jason had waited for those letters. After particularly bad battles—after watching men he served with and befriended mercilessly killed—he had read about Cameron, the little boy who thought his father was a brave soldier rather than…

“Who’s that?” Cameron yawned and focused on Jason. His eyes widened. “Is that….is that Papa?”

“What?” Elizabeth shook her head. “Cameron—”

“It is!” Cameron ran towards him, and Jason—without thinking—caught the ball of energy as the child flew at him. The letters scattered to the ground, with one left in Jason’s arms. Cameron plucked it from his grasp. “’Tis Mama’s writing,” he said, happily. “Papa!”

“Cameron, I must explain,” Elizabeth said, voice thin and uneasy.

If they had had another few moments of privacy—Jason was sure they would have found a way out from under the misunderstanding—perhaps he would be someone who had served with the boy’s father, bringing news of his demise personally.

But they were interrupted by an approaching cart, driven by an older couple. The man, his gray hair peeking out from under his cap, peered suspiciously at the scene. “Whoa,” he murmured to his horse. “Mrs. Morgan, everything all right?”

“Oh!” The woman stepped down from the cart, her blue eyes wide with delight. “Oh, at least, my dear Elizabeth.” She sighed with happiness. “I was beginning to despair that you might ever return, wasn’t I, Mr. Spencer?”

“Aye, Mrs. Spencer,” the woman’s husband replied, though his eyes remained wary. “You sent no word?”

“I—” Jason looked at Elizabeth, whose face had gone white. With only a few words, he could destroy her reputation in this village, where she had lived as the vicar’s daughter. Where she had raised her son after her father’s death.

“He didn’t,” Elizabeth said after a long moment. “I confess, I—I nearly didn’t recognize him.” She met his expression, and her eyes were pleading. They would find a way out of this, but for the moment—

“I wanted it to be a surprise,” Jason said.

“Oh, how lovely,” Mrs. Spencer crowed. “We must get back into town and spread the word. We think so highly of our Elizabeth, Captain Morgan. Standing strong against the world, raising her boy. I am so relieved you have returned.” She went back to the cart. “Elizabeth, the Ladies Syndicate will be meeting tonight, but we do not expect you to attend.”

Mr. Spencer stared at them for another long moment before tugging on the reins and pulling away.

When they were out of earshot, Elizabeth looked to Jason, terror etched in her expression. “What do we do now?” she managed. 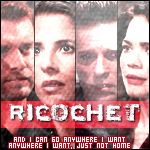